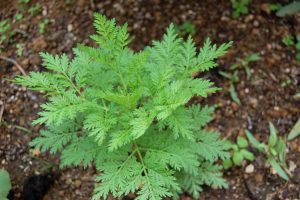 Artemisia Annua is an annual aromatic herb from Asia that has been used in China to treat fevers for centuries.

The genus Artemisia includes well-known plants used in medicine, perfumery and the food/beverage industry, such as Tarragon, Artemisia Absinthium and Mugwort.

The plant  naturally grows up to 1 meter tall, although cultivated ones can arrive to double their size. The intensive aromatic scent of the leaves is very characteristic, they are divided by deep cuts into two or three small leaflets. An easily grown plant, has Its optimal growth temperature lies within 20 and 25 °C.

Widely planted commercially as a source of essential oils and artemisinin. The plant is vigorous and essentially disease free. It does best in open, sunny positions on fertile, sandy or alluvial soils, which are neutral to slightly acid and moisture-retentive. It will not tolerate drought.

Wild Artemisia has been used for centuries in several Asiatic regions, and is still used to treat fevers and malaria. Artemisia Annua came under the spotlight precisely during the Vietnam War. It was easy to acquire tons of this dried herb for the Viêt-Cong and take it as infusion. The Americans, faithful to their less efficient pills, never knew what was happening, and suffered many loss for bot having this precious natural ally with them. 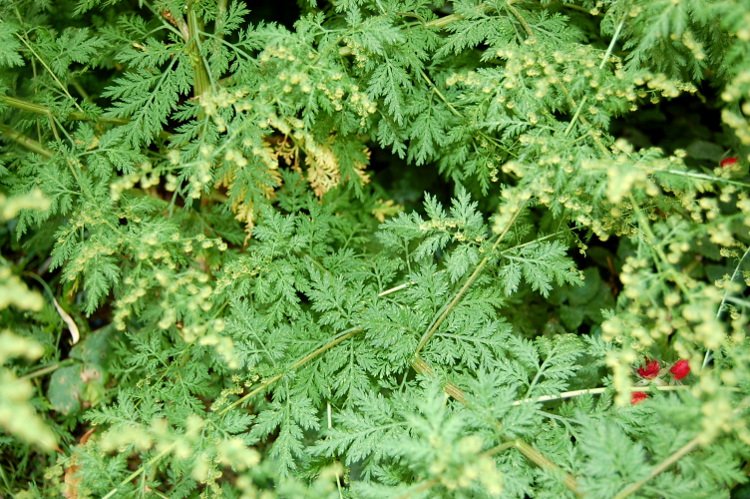 We know that this plant have been used successfully for many years by the French army in Algeria, always as a remedy against malaria. To allow soldiers to swallow this bitter potion, they simply added some alcohol to it, so Absinthe liquor was born. The idea to launch the production of absinthe in France had an amazing success.

The winemaker lobby could only look unfavorably at the loss of big market shares. What to do then if not declare that one of the components of absinthe was toxic (thujone) and ban the product? Rest is recent history and Absinthe has been rehabilitated today. Like anything consumed with moderation, it can be beneficial, as is always the dosage to make the poison, and not the other way around.

Artemisia Annua has the capacity to produce high phenolic compounds, which result in high antioxidant activity. 50 different phenolic compounds were identified analyzing this miraculous plant. In the last 20 years researchers focused on the activity of artemisinin against malaria and cancer.

Traditional sources say that this herb is to be steeped in cold water to obtain a better result using a low-temperature ether-based extraction method, rather then be boiled as most people would normally do with infusion and decoction.

An alcoholic tincture can be made by infusing in alcohol this dried her, harvested after flowering has occurred. After a couple of months and distillation, a brownish tincture will be ready. It’s tincture can be an effective way to boost our immune system before winter begin, by simply assume a teaspoon before every meal for few weeks.