There are dozens of substrates suitable for hydroponic cultivation, including organic and man-made ones, and many can act as a means for the growth of our beloved plants. On the other hand, establishing which is the best growing substrate would be like judging which is the best shoe model, etc …

Different growing media may work just as well for your specific needs, the choice is more related to availability, cost and personal preference.

I have listed some of the most popular growing media indicating some advantages and disadvantages related to them: 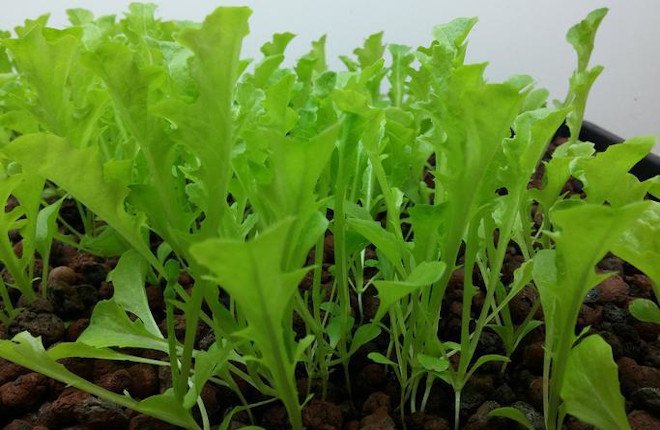 This artificial product is made by baking clay in small round pellets inside a furnace, where the clay expands and becomes porous. The inside of the clay balls is filled with tiny air pockets (much like lava rock) making it such a lightweight material that some pallets may float.

This characteristic is due to the fact that the expanded clay does not retain much water and is in fact particularly suitable for hydroponic systems with frequent irrigation cycles.

This material is often added to other substrates to increase the availability of oxygen available to the roots, it is not compact and has a neutral pH.

Another advantage is that it can be reused for multiple crops simply by cleaning roots residues and sterilizing in solution of water and vinegar or hydrogen peroxide. This characteristic makes this material sustainable and is surely an advantage in the long term, as it has a higher price compared to other types of mediums. Coconut fiber, also just called coir or coir peat, is fast becoming one of the most popular growing media around the world. It’s a completely “organic” growing medium that suit perfectly  the needs of hydroponic cultivation.

It’s a natural by-product derived from the coconut processing processes. The outer husk of a coconut is made up of fibers commonly used to make a myriad of items. Powder and short fibers are combined to create coir.

When this brown, dry, fibrous material comes into contact with water, it expands to 3-4 times its original size. Often used as an alternative to rock wool, coir (also known as coir peat) offers optimal growing conditions. Compared to rock wool, it allows greater oxygenation and a higher capacity to retain water, a relevant factor especially for hydroponic systems that have intermittent irrigation cycles.

Coir is also rich in root growth hormones, and offers some protection from fungi and root pests. The equal parts blend of coir and clay pellets is considered by many to be the optimal growth medium in the hydroponics industry.

Rock wool is certainly the most common medium in hydroponics. Rock wool is an inert and versatile substrate suitable for all hydroponic systems. Rock wool is mainly used only for the sowing and cloning phase of freshly cut stems, but it can remain with the base of the plant for its entire life cycle.

Stone wool has many advantages and some disadvantages, including the possible irritation it can cause to the skin during handling. Advantages include cost and availability, as well as its proven efficiency when used as a hydroponic substrate.

This type of substrate has a high capacity to absorb liquids and oxygen, allowing an ideal growth of the roots and the absorption of their nutrients. The fibrous nature also provides good mechanical resistance very useful to keep the plant stable. It has been around for several years and mainly used as a soil additive to increase soil aeration and drainage. Perlite is a form of volcanic glass which when rapidly heated to more than 800 degrees expands to form very light pebbles.

Perlite is one of the best hydroponic growing media out there, particularly considering the quality / price ratio. It is used alone rather than mixed with other substrates such as vermiculite, increasing its transpiration and decreasing its water retention. The biggest downside to perlite is in fact that it doesn’t hold water well, meaning it will dry out quickly between waterings.

Note that perlite powder is unhealthy to breathe in and you should wear a mask when handling it. 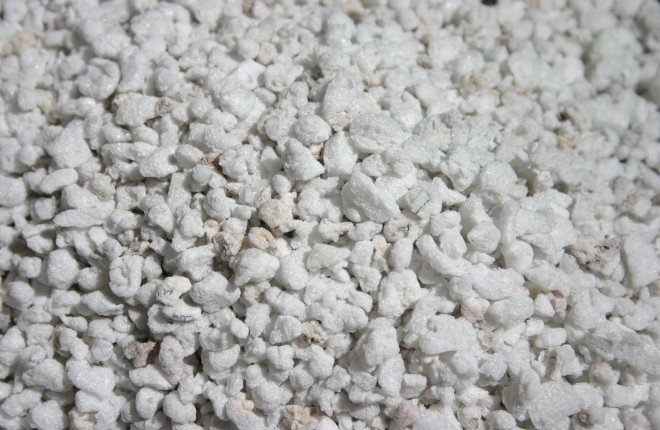 Like perlite, vermiculite is a mineral that has been superheated until it has expanded into light pebbles. Vermiculite holds more water than perlite, and suit great drop and flow hydroponics systems.

Vermiculite is also used in soil mixes to decrease soil density and water retention. This growing media definetely offers an excellent value for money, while its main drawback is that it holds too much water to be used on its own. 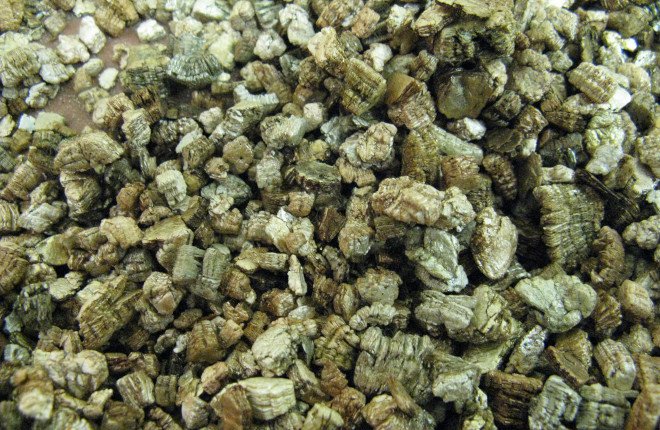 Especially the type of gravel that is used in aquariums, or any small gravel provided it is washed first, is used in hydroponics and aquaponics systems where plants grow in the typical filter bed where the water is pumped and drained. Gravel is a cheap and easy to keep clean substrate. 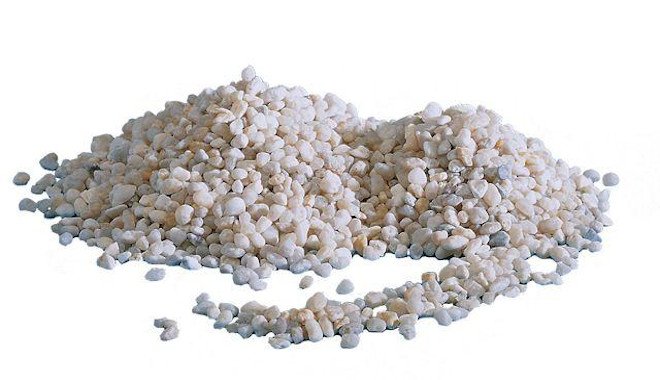 Pumice, like tuff, is a product of volcanic origin. The rapid releases of pressure during volcanic eruptions lead to gas expansion and the formation of low-density materials composed of volcanic glass. We are talking about an inert material with a neutral pH, light and porous, with a limited water retention capacity compared to rock wool, perlite or other organic substrates. This makes pumice suitable only for hydroponic fill and drain systems with frequent irrigation cycles.
With the wide choice of quality growing substrates available, pumice, tuff and lava rock are used less and less often, especially in hot climates where they could significantly limit the absorption of water and nutrients by plants.

The roots of hydroponic plants must have enough water, oxygen and nutrients.
If the water is pumped or poured only once or several times a day, there should be enough moisture around the roots to catch and hold some water. This means that the culture media used should somehow be able to retain these fundamental elements.

Depending on the type of hydroponic system used, and the method in which water and nutrients are offered to the plant, you will have to choose the substrate or a mix that can allow the roots of the plants to have sufficient water and oxygen constantly.