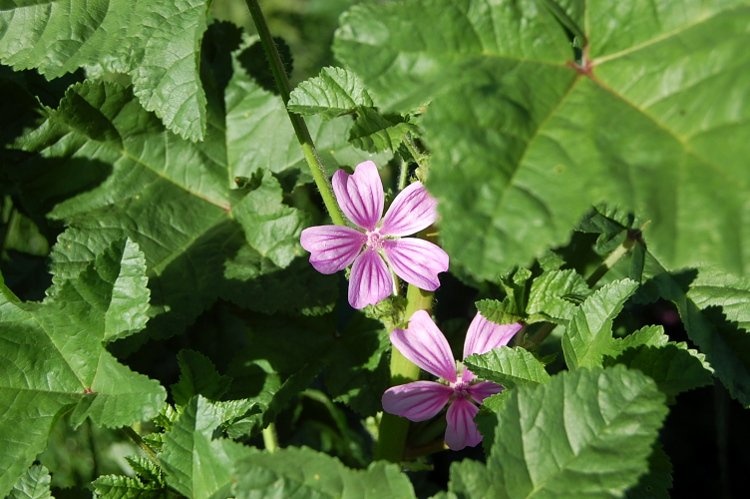 Mallow is usually an annual, sometimes perennial plant of the Malvaceae plant family. Normally small hairs cover its creeping stems and leaves. It can grow up to 60 cm in height. Leaves are dark green, while the flowers are pink with purple darker veins. Its fruit splits into numerous small seeds.

A very easy plant to grow, doesn’t require particular care and grow with success in ordinary garden soil, so that is often considered invasive and easily spotted around cities gardens and flower beds. To produce a better crop of salad leaves, ideally need a reasonably well-drained and fertile soil  and a sunny position. Plants are hardy to about -10°c.

CULINARY USE OF MALLOW

All of the Mallow family with exception of the cotton plant (Gossypium hirsutum), are reportedly edible. The seeds taste similar to young hazel nuts and they can easily be included in green salads along with the leaves and flowers. The use of this plant in the kitchen is mostly forgotten but it definitely deserves to make a comeback. 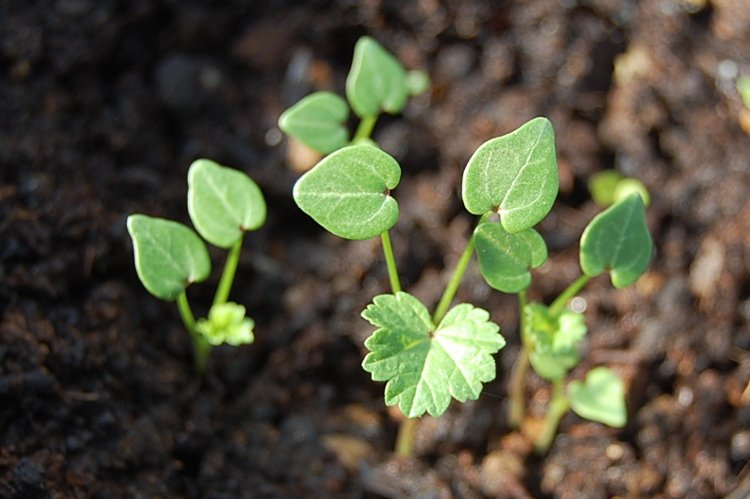 Creative cooks can substitute mallow for spinach in many dishes, including soups, salads, gnocchi and quiche. Mallow also makes a great addition to soups and smoothies, whereby the mucilage helps to thicken them. You can simply stir-fry in butter or extra-virgin olive oil with some garlic, as you would with other green leaves vegetables.

Same as many other wild edible plants, Malva has also had a long history of medicinal use. Due to its high mucilage content, mallows make an excellent soothing demulcent herbs, especially for cases of inflammation, either for the urinary, digestive or respiratory systems. Traditional uses are as remedy for asthma, bronchitis, coughing and throat infections. This plant contains a number of active ingredients that impact human health, including an essential oil extract that can have some powerful effects on our body. 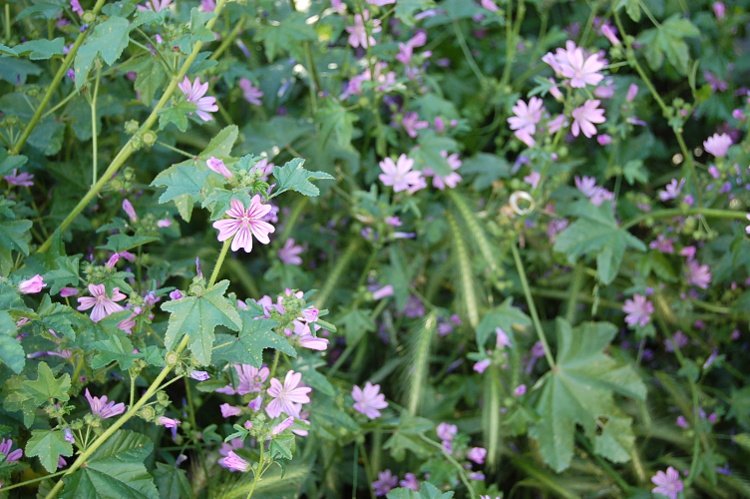 The leaves can be steeped in a tea, either consumed or applied topically in the form of poultices for a wide variety of benefits. A tea made from its leaves or flowers can help treat cough and, to preserve all its medical properties, the advice is always to avoid boil the infusion.

The active ingredients within Mallow root that make it an effective mucilage and medicinal supplement include flavonoid antioxidants; certain amino acids, various antiviral, antibacterial and anti-mucilaginous compounds. Roots can used for infusion and tincture (by macerating the roots in 40° alcohol for a couple of months).