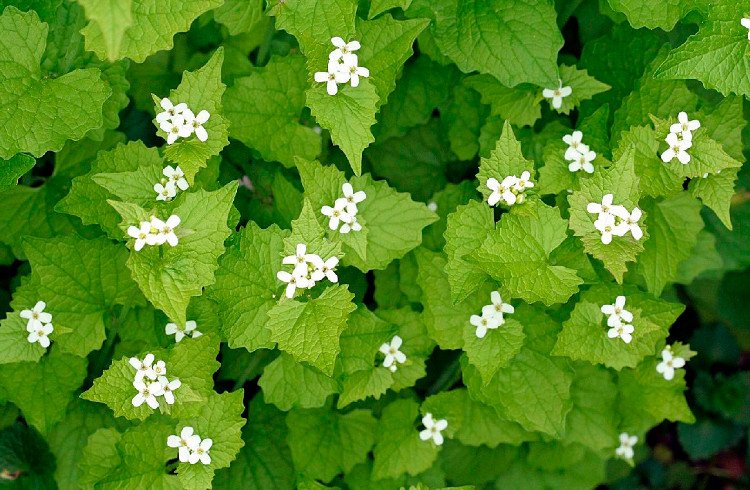 
Garlic Mustard is a biennial plant; the first year, plants appear as a rosette of green leaves close to the ground; remain green through the winter and develop into mature flowering plants the following spring. It’s a highly invasive plant widely growing in early spring on the side of roads, and waste lands. The leaves are triangular with a distinctive outline, flowers that are produced in spring and summer have four white petals.

The fruit is a green, four-sided pod containing two rows of many small black seeds, which are released when the pod splits open. The plant emits a strong smell of garlic and is especially pronounced if the leaves are bruised.

All part of the plant are edible, though first-year leaves are more bitter and darker than the leaves of flowering plants, they are available all year-round. Due to its invasive nature, gathering as much of it as you want doesn’t harm the environment. It’s probably the wild plant every year I eat the most. 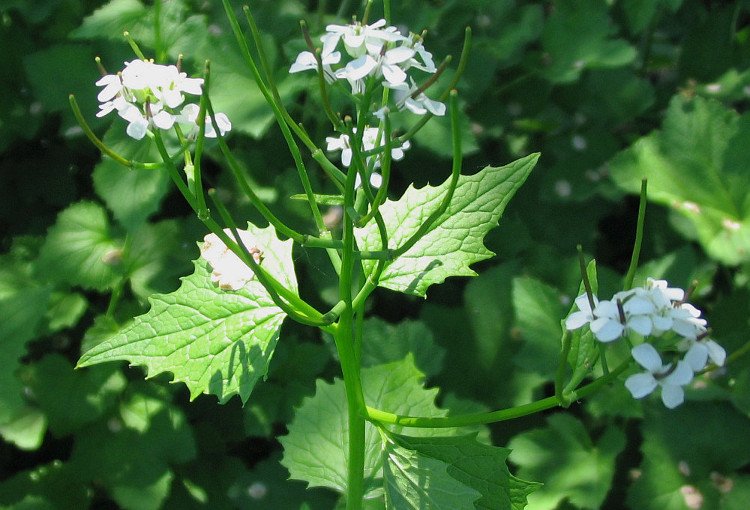 Garlic Mustard is one of the most nutritious wild edible greens; high in Vitamins, also contains omega-3 fatty acids and several important minerals. Giving a mild garlic and mustard flavor, it’s fresh leaves are chopped and added to salads, rather then cook by themselves or add to other greens. My advice is to soak in water for a while before eating or boil its leaves, to reduce their bitterness. The consistence will be similar to spinach leaves, so you can stir-fry them as you would with other greens, maybe adding some chilly and ginger for a more “oriental” kind of taste.

Consider that when and where the plant is harvested makes a big difference, leaves from second-year plants and from shady areas are known to be less bitter in taste. An exquisite way to use the leaves is to combine them in the making of hummus, rather than a delicious kind of pesto too.

First year small roots when they are still tender, taste like horseradish and can be pickled or eaten as a root vegetable. Finally the small black seeds can be grounded and used instead of pepper. 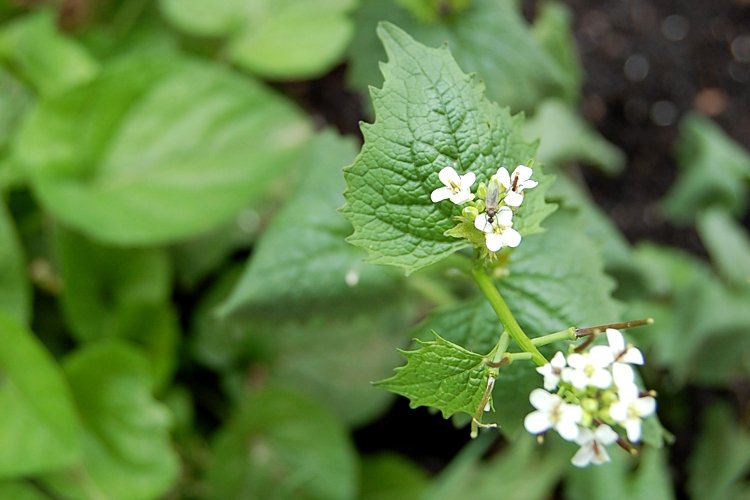 In traditional herbalism garlic mustard is used as antiseptic for wounds and ulcers as a poultice of the fresh leaves are applied topically. The leaves and stems are antiscorbutic, diaphoretic and vermifuge.

The roots can be processed into a puree or heated in oil, and applied onto the chest to help relieve bronchitis. Despite there isn’t a large use of this plant in medicine, still is a smart choice to include this plant in our diet.

Garlic mustard contains traces of cyanide (as well as other more common vegetables) that in small amount is considered safe for human consumption. Still, it wouldn’t be wise eat large quantities of this plant over a long period of time. A general rule for our diet is to diversify as much as possible and provide our body with a wide range of aliments.

We use cookies to ensure that we give you the best experience on our website. If you continue to use this site we will assume that you are happy with it.OkRead more