When growing mushroom, culture media are usually medium solid and consist of a water base to which nutrients are added, and a compound with solidifying properties, which is normally Agar.

The compound is mixed in the liquid phase, bringing the water in which the nutrients and Agar powder are dissolved to a boil. The liquid is sterilized and then poured into Petri dishes where it will cool and solidify to obtain a gelatinous consistency where it is possible to inoculate the mycelium to start the culture.

The culture medium must absolutely be sterile from the inoculation, and kept in conditions that prevent its contamination by agents external to the cultivation, such as molds and yeasts that are naturally found in the air. 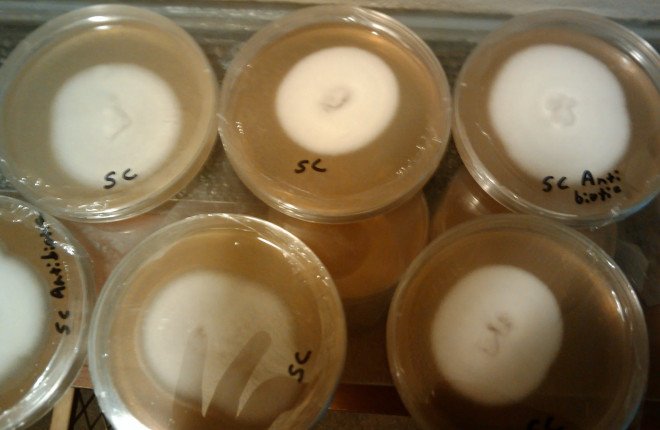 HOW TO START MYCELIUM CULTURE ON PETRI PLATE

There are mainly 3 methods to start growing mycelium on a Petri dish using an Agar based substrate.

Try to not hold a Petri dish open longer than necessary. The longer the dish is open, the greater the exposure to contamination.

Here are some of the most common culture media recipes used in mycology to grow mycelium on a Petri dish:

200g of potatoes cut into slices, cleaned and peeled. They are boiled in 1 liter of water for 30 minutes. It is left to decant and filtered with a sieve obtaining just under 1 liter of aqueous potato extract to which to add:
20g glucose
15g agar
water until it reaches 1 liter