In this article we will deepen into the part that is considered by many to be the most delicate in the processes of mushroom cultivation. Any lack of attention during this steps can lead to contamination, making all our efforts in vain.

The first step in mushroom cultivation, taking into account that you want to go through all stages of their production, is to learn how to work with the culture medium, with sterilization methods and good laboratory practices so that there won’t be contamination in any stage of the process.

Different microorganisms have different nutritional needs, so the culture medium is created according to the needs of the specific microorganism to be grown.
There are different types and applications of culture media in microbiology, but in mushroom cultivation we are only interested in those formulated to optimize mycelium growth of fungi that produce mushrooms.

The culture medium suitable for the growth of the mycelium of the fungus you are growing also allows the growth of other microorganisms, such as bacteria, molds and yeasts.

A STERILE ENVIRONMENT CAN PREVENT CONTAMINATION

We can say with certainty that we live surrounded by microorganisms. Air itself carry a multitude of spores, bacteria and organisms invisible to the naked eye. Every part of our body is inhabited by an infinite number of microorganisms of all kinds. Our homes, every object, our clothes, practically everything around us is full of fungi, bacteria and spores.
This makes creating a sterile work environment no easy task. Therefore, in order to work with the culture medium and during all the processes involved in the cultivation of mushrooms, it’s necessary to have some knowledge about sterilization techniques and laboratory work.
Knowing the techniques does not necessarily mean that you need a laboratory to be able to grow mushrooms. There are several ways that allow you to do this job even at home, on a small and medium scale, which we are going to see together. 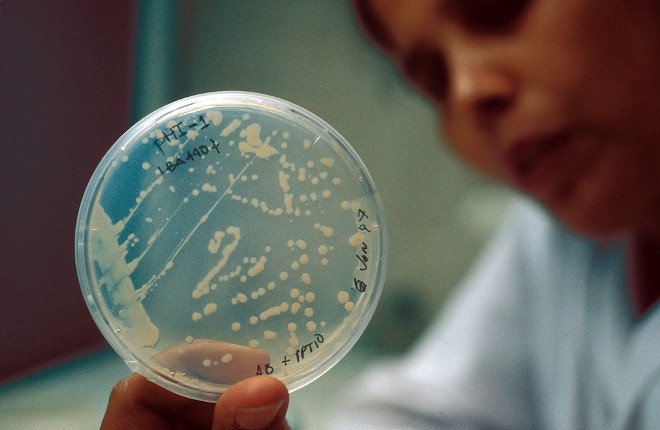 Sterilization is the total elimination of microbiological life on any material. It’s something other than just cleaning. A scalpel can be washed, be cleaned, but to be sterilized it needs to be subjected to a certain temperature and pressure for a certain period of time. This step alone will eliminate all bacteria, fungi, spores and viruses present on it.
Autoclaving is the most commonly used sterilization technique in mushroom cultivation, especially on a commercial level, and is performed using an autoclave. The autoclave is like a giant pressure cooker, which boils water and creates steam under pressure.

In mushroom cultivation the autoclave is used to sterilize both the culture medium, substrate blocks and any other material that needs to be sterile. To completely eliminate microorganisms from a material, it must be exposed to a temperature above 121 °C (250°F), a pressure of 15 PSI for at least 15 minutes. However, the time required varies according to the volume and density of the material to be sterilized.

The pressure cooker can perform the same function as the autoclave.
We know that at sea level the atmospheric pressure is 1 atm and the water boils at exactly 100 °C (212°F). This temperature is not sufficient to eliminate many of the naturally occurring microorganisms. However, when we apply pressure to the container, the water it contains boils at a higher temperature.

A pressure cooker works by preventing steam from fully escaping through a valve containing a weight. This weight covers the hole through which the steam escapes, and only when the internal pressure is greater than the weight of the valve is it released. This allows to maintain a constant pressure inside the pot.
This means that inside a pressure cooker, for example, where the internal pressure is higher than atmospheric pressure, the water can reach higher temperatures before boiling, making the steam produced 212 °F hotter.

There is therefore a relationship between volume, pressure and temperature.
It is important to keep in mind that there is a relationship between altitude and the boiling point of water. For example, at sea level water boils at 212 °F, but at an altitude of 5,000 m.a.s.l, 201°F is enough. Most pressure cooker are unable to reach the 15 PSI that autoclaves reach, but even so it is possible to sterilize the materials simply by increasing their time of exposure to heat.

In a pressure cooker, I recommend sterilizing the jars with culture media, water and liquids in general for between 30 and 45 minutes. Although the 15 PSI required for the steam to reach 250 °F is not reached, by increasing the exposure time of the material in the pot, sterilization can be achieved. 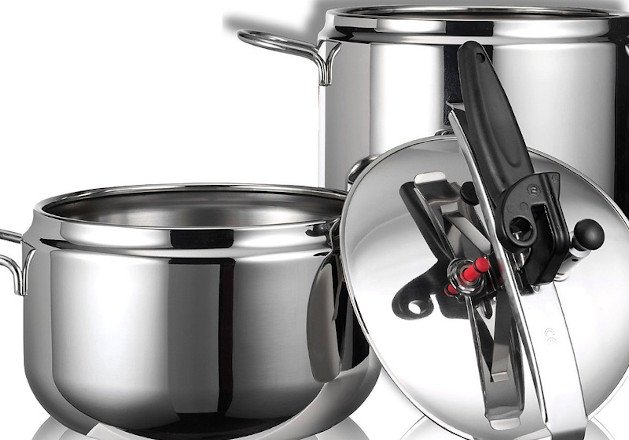 HOW USE THE PRESSURE COOKER FOR STERILIZATION

It is very common for people to spoil a pressure cooker because they are not sure how to use it. You may have already heard of a pressure cooker that has popped.
Working with pressurized materials can be dangerous if you don’t pay attention and comply with the specifications of the pot in use.
To use the pressure cooker we must keep in mind that the water inside it can never evaporate completely during the process. You will then need to add enough water for the desired sterilization time.
Usually I put a perforated pan on the bottom of the pot that raises the level where I place the materials and jars to be sterilized. Then I fill with 4 fingers of water. Another thing to absolutely avoid is blocking the steam outlet.
Pressure cookers are designed so that enough steam is released to maintain adequate working pressure. If the steam outlet is blocked for any reason, the pressure will continue to rise.

Most modern pans have safety devices, and if the pressure rises above adequate, these devices release excess steam and prevent an accident. If these devices are also blocked, the pan can explode.
It is essential to put enough water in the pot and make sure that the valve is not blocked by arranging the objects internally in a suitable way.

Here are some tips for using the pressure cooker correctly:

What to sterilize in the pressure cooker when growing mushrooms?

To grow mushrooms, as I have already said, it’s not necessary to go through all the stages of cultivation. You can start cultivation by purchasing ready-to-use liquid or “spawn” crops, without needing to sterilize anything.

However, the site covers all stages of mushroom cultivation. So you may need to sterilize the growing medium, spawn cereals, and the final substrate containing sawdust and grains.

There is another option that uses pasteurization. In the case of a straw based final substrate, pasteurization rather than sterilization may be sufficient. These topics are best explained in articles related to the cultivation of certain species.

How long does it take to sterilize?

Culture media, water, liquids in general: 25 to 40 minutes
Tins up to 1 liter volume containing cereals: 50 to 80 minutes
Bags up to 2 kg of cereal substrate with integrated sawdust: 90 to 120 minutes

We use cookies to ensure that we give you the best experience on our website. If you continue to use this site we will assume that you are happy with it.OkNoRead more