Home » Hemp » HEMP: the Plant and its History 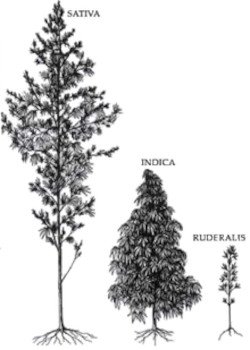 Hemp is a herbaceous plant, angiosperm, belonging to the Canabaceae family. The plants have an annual cycle, germinating in spring and blossoming in late summer. With the necessary precautions, hemp plants can also grow into a shrub and live for several years.

The height varies from half a meter for the ruderalis species, and normally between one and a half meters up to over 5 meters for the Indica and Sativa species, where especially the varieties of the latter can reach greater heights. Generally hemp is a dioecious plant with male and female individuals that are identical until the flowering stage where they reveal their sex.

Marijuana and hemp are effectively the same plant. There are many varieties and the differences lie in the quantity of resin and their THC content, size, height of the plant, number of buds, shape of leaves, aroma, etc…

THC or tetrahydrocannabidol is a psychotropic substance found in the resin produced by the plant. The resin also contains a lot of other substances similar to THC, but not psychoactive, such as Cannabidiol (CBD) and Cannabinol (CBN).

This controversial plant has been cultivated for millennia and its origins lie in Central Asia. In China, hemp over 9000 years ago was already appreciated and used to produce fabrics, as well as for medical and food purposes. Over time, this incredible plant has spread more and more because of its versatility and the relative simplicity of its cultivation combined with its multiple uses.

The uses of hemp throughout history have been among the most diverse so that no part of the plant was wasted. If we add that hemp has a very high rate of oxygen production and carbon dioxide consumption, we understand how much this plant is a real gift from mother nature.

From its seeds we obtain a very nutritious flour and an oil with unique characteristics. Its fiber from its stems has always been used to produce ropes, fabrics and canvas. Without forgetting clearly its inflorescence known since ancient times for their therapeutic and not just recreational properties as has been touted since the post-war period.
Hemp 1000 years back was a key crop in Europe where it was considered the undisputed queen of fiber plants. Perfect for producing light and strong boat sails, as well as fishermen’s nets due to its resistance to salt water. Certainly hemp was also an essential crop for the American colonists and native while it was widely spread and appreciated in all continents.

As far as industrial uses are concerned, at the beginning of the century there was a great impulse and renewed interest in hemp. New materials derived from its fiber were studied, while the oil was already producing paints and even ethanol and fuel. In the 1930s, Ford produced a prototype car entirely built with materials derived from hemp and fueled with ethanol also obtained from this plant.

At the turn of the last century it seemed that hemp was ready to serve as an abundant source of raw materials for numerous sectors of the industry in more sustainable way.

Unfortunately this was not the case as large interests had already been created in opposition to the use of hemp. With petroleum derivatives they began to produce plastic materials and paints, while for the production of paper the wood of trees with a process that required large quantities of chemical solvents.

It was America that decreed its illegality in 1937 under the presidency of Franklin Roosevelt, promulgating a law that made the cultivation of any plant of the cannabis genus illegal. 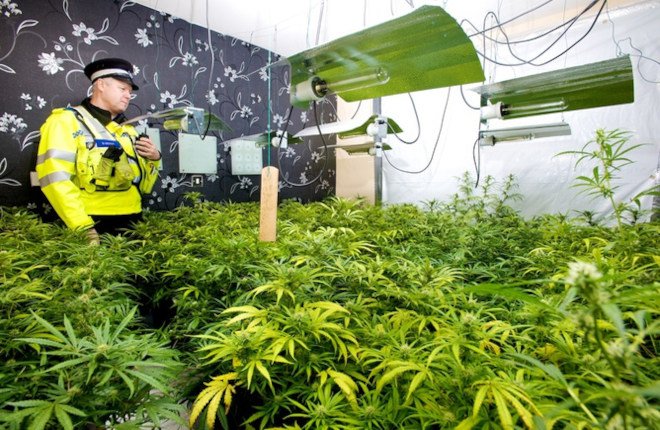 Since then, the hostile campaign against cannabis that started in the United States has spread to all NATO countries and further. This unfortunate events also led to the total interruption of scientific research on cannabis, on therapeutic, industrial and agricultural uses.

The rest is recent history and only thanks to the insistence of the movements for the legalization of cannabis has been possible to return to study the therapeutic properties of the two main metabolites of cannabis, namely THC and CBD.

Cannabis has returned to being decriminalized and legalized in some countries around the world including several American states, while others are in the process of achieving this goal. In the United States, Colorado, Alaska, Oregon, Washington, California, Massachusetts, Maine, Illinois, Vermont, New York and Nevada have fully legalized cannabis. Other states have restrictions on consumption and production. In Europe, some distinct places such as Dutch coffee shops and Spanish cannabis clubs are an exception.