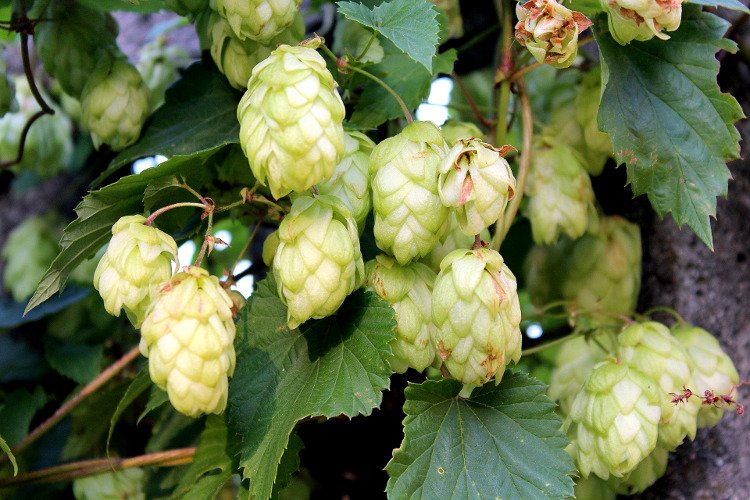 These perennial herbaceous climbing plant require support to thrive. Plants are dioecious, which means that they have a gender.

Hop Plants send up new shoots in early spring which are edible and delicious. The cone-shaped fruits are known as strobili,  are collected in fall, can be used either fresh or dried. Hops dies back to a cold-hardy rhizome in autumn.

Plants are very hardy tolerating temperatures down to about -20°c when dormant,  in the wild, frequently occur in moist slopes, river banks and fences. Plants Prefer full sun but are tolerant to shade. There are different varieties of wild hop plant growing in North America, Europe and Asia and they can be quite invasive.

Female plants propagate by seeding or root softwood cuttings in spring, later in summer can propagate by greenwood and leaf-bud cuttings with bottom heat. Because the plant is dioecious, at least one male plant should be included in a planting to allow the females to produce seed. The fruit of the female plant resemble small pine cones that are dry and do not split open at maturity. 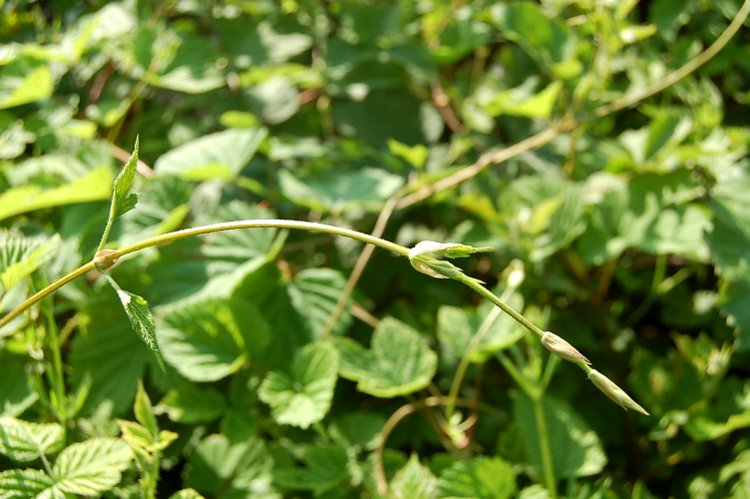 CULINARY USE OF THE PLANT

Young leaves can be used for salad, steamed or still-fried in olive oil. Especially young shoots are a spring delicacy to eat cooked. The flavor is unique delicious asparagus-like; the shoots can be picked from mid-March to no later than May. Look out for hops growing around you, make sure they are not being treated with chemicals,  pick the shoots when they are tender and just a few inches long. You can chop them and add them to your dishes in the same way you might use asparagus or others green vegetable. I  suggest you try them chopped in a omelet as well as tossed with garlic, chilly and extra virgin olive oil. Making a tea with its youngest leaves and cones has a gentle calming effect. 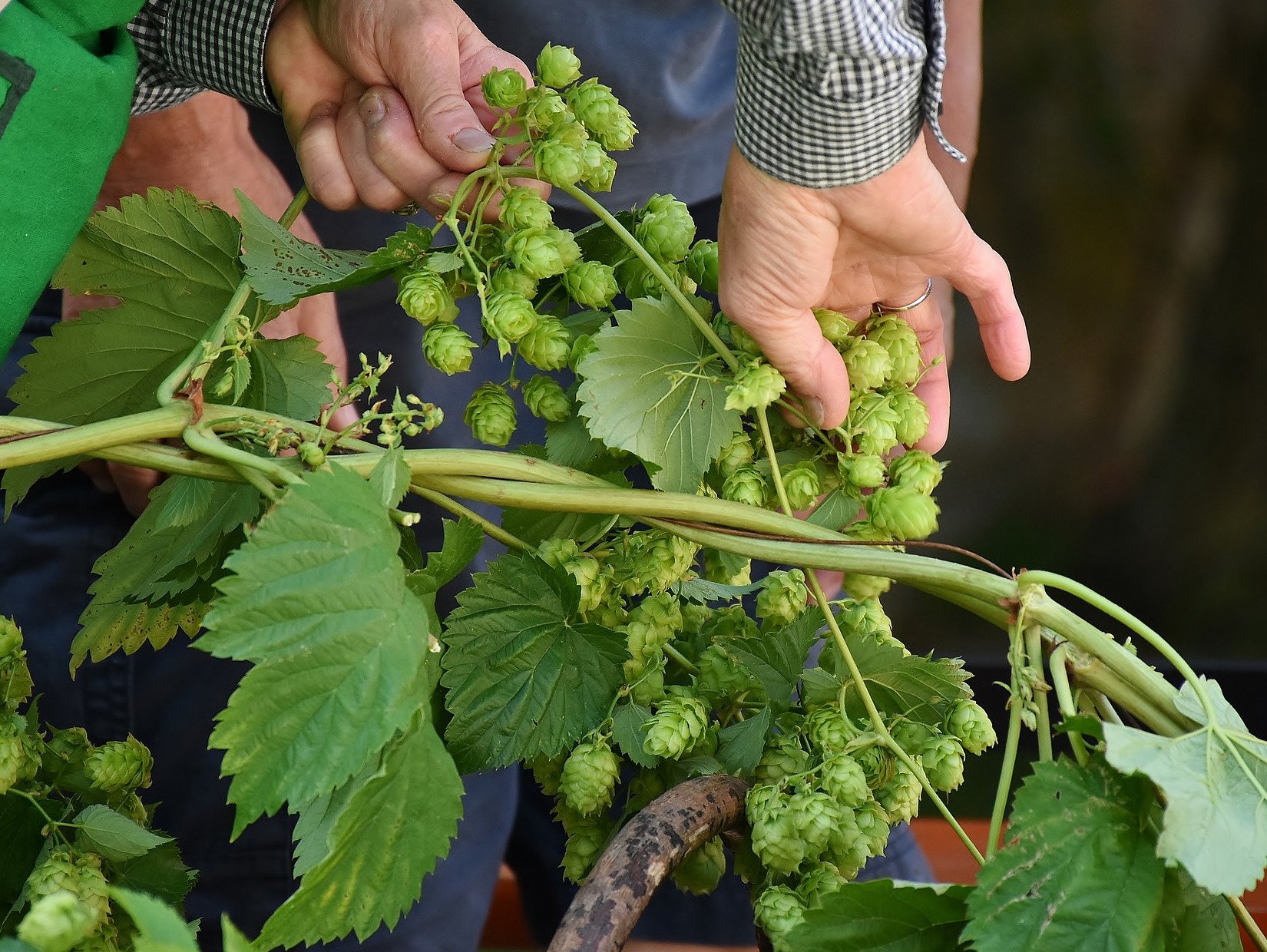 Hops have a long and proven history of herbal use, where they are selected mainly for their sedative and calming effect on the body and the mind.

Hops are widely used as a folk remedy to treat a wide range of complaints, including boils, calculus, cramps, cystitis, fever, inflammation, insomnia and rheumatism. Especially in the past, was given to nursing mothers, as lupulin increases the flow of milk.

Hop flowers are much used as an infusion or can also be used to stuff pillows where the weight of the head will release the volatile oils. Combining hops with other sedative herbs such as Catnip, St. John’s wort, Valerian or Passiflora, may result in excessive sedation.