There are two main ways to clone a fruiting body of a mushroom: starting from a pin, which is a small specimen of a mushroom that has just popped, or through a small section of the inner tissue of a more mature mushroom.
Personally I prefer to clone fruiting bodies that have already shown their characteristics taking a section from it. The section is usually taken from the stem where it meets the cap. Any residual tissue is removed from the stem, the hat is removed from the stem and once the stem is opened in two, a small section of internal tissue is taken from the top of the stem.

We like to think that there can be more methods to do the same things, sometimes it’s a matter of specific needs and personal choice, others a little less. There are different currents of thought regarding mushroom cloning, and in this article we will discuss both, so that everyone can choose freely for themselves.

Cloning from a pin that has just sprouted from the substrate is a technique that clearly can only be practiced when growing indoors. The mycelium develops rapidly using this technique, but we will never be sure that we have chosen the best specimen available to us. 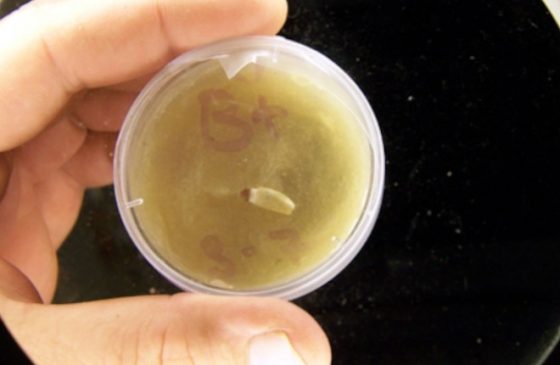 CLONING MUSHROOMS FROM A PIN

Using previously flame-sterilized tweezers, a freshly sprouted mushroom is gently picked up from the substrate. You could also use tweezers to gently hold the pin while cutting it at the base with a flame-sterilized scalpel. In the meantime we have some Petri dishes containing the Agar solution prepared where we will place the taken mushroom.

It is not necessary to sanitize the pins before placing them on the agar, but if desired, they can be quickly immersed in a solution of water and hydrogen peroxide before the transfer, as an extra guarantee to avoid contamination. The Petri dishes allow you to observe any contamination during the growth of the mycelium and personally I wouldn’t worry much about. 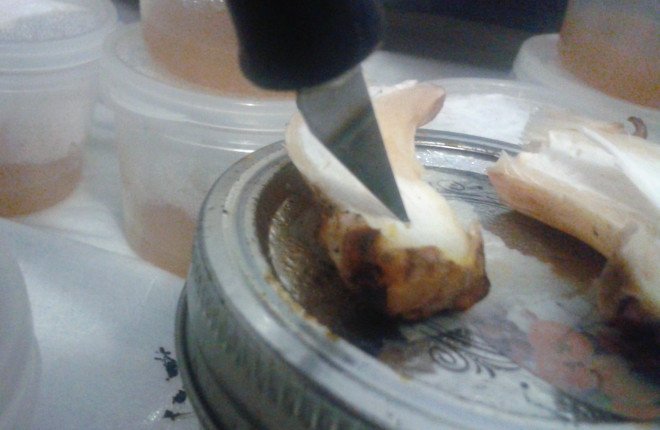 After choosing the mature mushroom sample that you intend to clone, we obviously proceed with the collection. At this point the mushroom is cleaned and sanitized with a paper towel sprinkled with water and bleach, then decapitated, and moved to the sanitized “glove box“.

Especially if the mushroom comes from outside, it must be served and possibly also left briefly in a solution of water and bleach before handling it. This is done after making sure having cleared traces of soil from the stem. At this point (in the glove box) I divide the stem in half gently with my hands and cut away a small internal section with the scalpel. This section is placed in the Petri dish containing the agar solution. 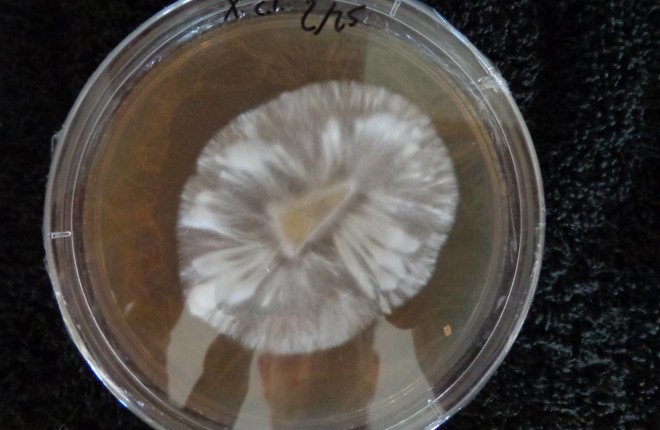 Petri dishes or any container you want to use to clone using an Agar solution allows a two-dimensional growth of the mycelium. Therefore we will be able to easily observe the onset of contamination and intervene if necessary to eliminate the sample.

So, once cloned through a pin or a piece of tissue that is. When the mycelium will be developed on the Agar solution, will be possible to take some sections of this mycelium and repeat the step obtaining other cultures on Agar where the mycelium will develop again. If these cultures also do not show contamination, then transfer the mycelium by inoculating the substrate and choose to start our production.

As always, good vibes and happy growth to everyone!