Home » Hydroponics » HYDROPONIC IS THE FUTURE OF FARMING

A BETTER WAY TO GROW OUR FOOD

Hydroponic is a way of managing plants allowing to grow them soilless. This technique works great fo herbaceous plants, fruits and shrubs with equal success.
Hydroponics allows you to grow in confined spaces by optimizing unconventional areas, without losing sight of the main needs of plants, such as light, temperature, water and nutrients.

In these systems the essential mineral elements are provided by the nutrient solution. The yield of hydroponics under the right conditions is much higher compared to traditional farming in soil. The availability of water and nutrients, the levels of solar radiation, temperature, humidity, density and arrangement of the plants in the hydroponic system are controlled directly by the grower.

A hydroponic culture built in a confined and heated area is a highly effective system and a valuable tool for research and teaching. Today, hydroponics is seen as the solution to the growing decline of agricultural areas, pollution, desertification, climate change and the abandonment of the countryside.

The idea of ​​the family hydroponic garden, the urban hydroponic orchard, the farm that grows vertically, are innovative and current ideas that lead to a different system, based on sustainable food production. 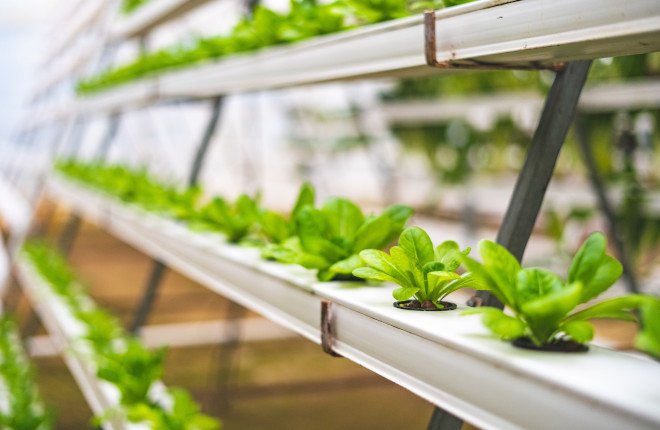 In recent years, the global area dedicated to hydroponics has increased significantly. No doubts the most used system is the drip irrigation system using inorganic substrates. In a lower percentage, but still equally widespread, are the NFT (Nutrient Film Technique) systems together with the floating root system.

The most profitable hydroponic crops are tomatoes, strawberries, lettuce, spinach, and cut flowers. The hydroponic method uses any previously disinfected container, flower pots, whole or halved PVC pipes, lined wooden boxes or plastic bags. Substrates such as gravel, sand, pumice, expanded clay, or perlite are deposited inside the container. they will support the plant; or nothing is put on the roots which are floating. The method is simple: the seed is placed in a medium that provides moisture, is irrigated with nutrient solution until the seed germinates and the seedling emerges, then transplanted to its final home. The product can be on the market at any time of the year, which is a big plus.

The price of hydroponic products is generally higher for its visual qualities as a commercial aspect. This activity is an alternative that allows you to cultivate in all conditions and climates, managing the nutritional requirements of plants through a liquid solution by controlling light and temperature. 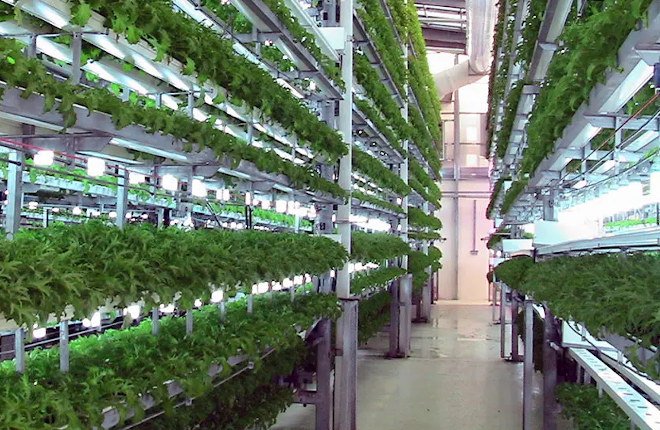 THE FUTURE IS HYDROPONIC

It has been discussed widely that within the next 20-30 years 80% of the world’s population will reside in urban centers. This question the current growth model, which is not designed to meet the new needs of the population. The supply of energy, water, transport, waste management and the building systems themselves must change to move closer to a more sustainable model.

One of the problems that arise in large cities is the distance from the places where vegetables are grown. This opens  new horizons for soilless cultivation systems. The concept of vertical cultivation as a new model of agriculture is developing and spreading more and more. The term “Vertical Farm” refers to the cultivation of vegetables in buildings, rather than in fields and greenhouses, thus avoiding the transport of food for long distances which implies large consumption of non-renewable energy.

The goal is to grow vegetables in some areas of the buildings through hydroponic systems. The light needed by plants for photosynthesis processes would be provided using renewable energies such as wind and solar. In the Netherlands and other countries, intensive soilless cultivation techniques are very advanced and find regular use industrially. The NASA itself has been using these systems for years to feed astronauts who travel for months during which they also feed on plant products grown soilless.