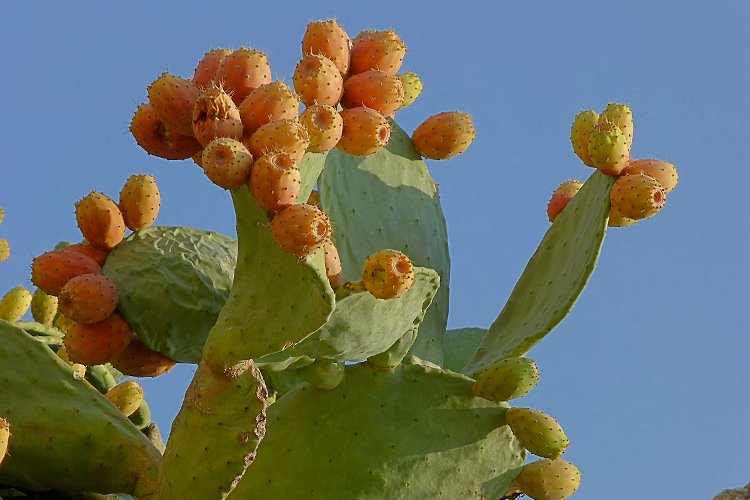 Prickly pear cactus, also known as Nopal, Opuntia and other names, it is a type of cactus, characterized by its remarkable resiliency and adaptation to arid and semi-arid climates.

It thrives in dry, arid places in the tropical and sub-tropical areas worldwide. This plant can tolerate drought well, and capable to stand low temperatures as occur at night in the desert. This succulent plant can reach 4-5 meters in height. It has a shrubby pattern, its branches and stems are composed of single units called cladodes or pads, which are flattened, oval and up to 45 cm long.

The cultivation of prickly pears can take place starting from the seed or with a succulent cutting! All you need to do is take a large portion of cladodes. 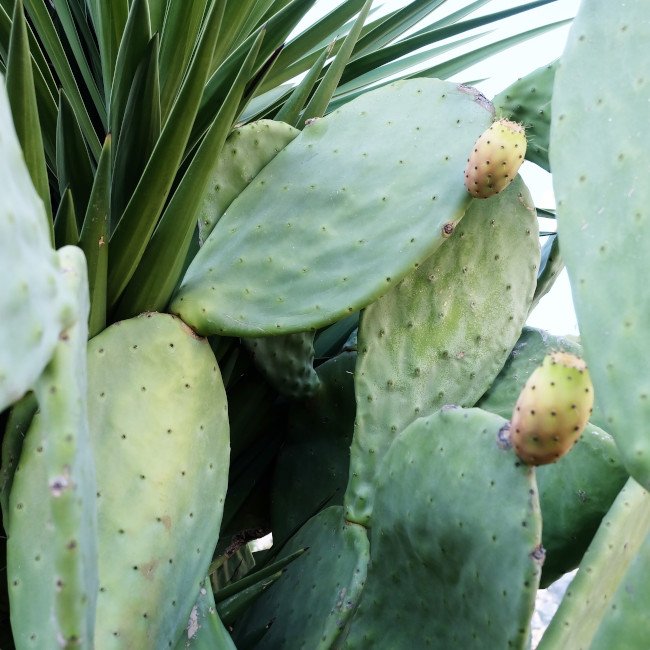 Prickly pear has a long history of traditional medicine use, particularly as a treatment for diabetes. Its pads have been used as a poultice for rheumatism; while its fruit for treating diarrhea, asthma, and gonorrhea. The fleshy stems or cladodes have been used to treat high cholesterol, blood pressure, gastric acidity, ulcers, fatigue, dyspnea, glaucoma, liver conditions, and wounds.

In South Korea the plant is used to treat abdominal pain, bronchial asthma, burns, diabetes, and indigestion. In Sicily, a flower decoction of prickly pear has been used as a diuretic; the cladodes were valued for their anti-inflammatory activity in treating edema and whooping cough, and for preventing wound infection

Prickly pear is widely cultivated and commercially used in juices, teas, and alcoholic drinks. Prior to modern medicine, both native Americans and Mexicans primarily used the pulp of the stem either by splitting the stem or scraping out the pulp, as a coagulant for open wounds and a number of other treatments as discussed above.

It is also a great pollinator plant. The fruits and flowers of the plant are used as natural food colorants. Essential oils from the flowers are used to make perfumes, the seeds are a source of oil. Opuntia still find use nowadays use to feed livestock in arid part of this planet. 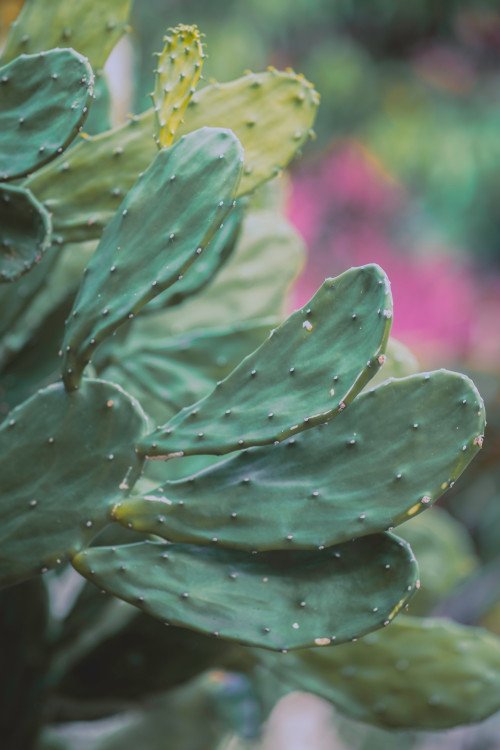 The edible parts are the leaves, flowers, stems and fruit. Prickly pear cactus is high in fiber, vitamins, minerals, antioxidants and carotenoids. Fruits and steams can be made into juice and jams. Young nopal pads are better picked in spring when they are more tender; they offer a mild mix of bitter and tart flavor somehow similar to green beans.

Once they are cleaned of the spikes and washed, they are ready. They can be used in multiple recipes, stir-fried, grilled, breaded, boiled and seasoned on their own, rather than added to salads and other vegan dishes. Prickly pear cactus can definitely be part of a healthy diet.

HOW TO PICK PRICKLY PEAR FRUIT AND REMOVE THE THORNS

It is recommended to avoid picking fruits of this succulent during windy days. the sharp spikes are very light and carried by the wind could irritate your skin and eyes. Its advice to use thick heavy duty gloves, rather than a specific binder with a telescopic handle.

Once harvested, you can place the prickly pears in a basin of water so that thorns will go away and, always wearing gloves and with the help of a brush, you can brush away any unnecessary thorns left, and enjoy this tasty nutritious fruit!